The World Rogaine Championships returned to Australia for the fourth time on the weekend of the 23rd and 24th July 2016. The venue included some of the area used for the 2007 Australian Championships - the spectacularly scenic East MacDonnell and Fergusson Ranges 80kms east of Alice Springs in the Northern Territory. 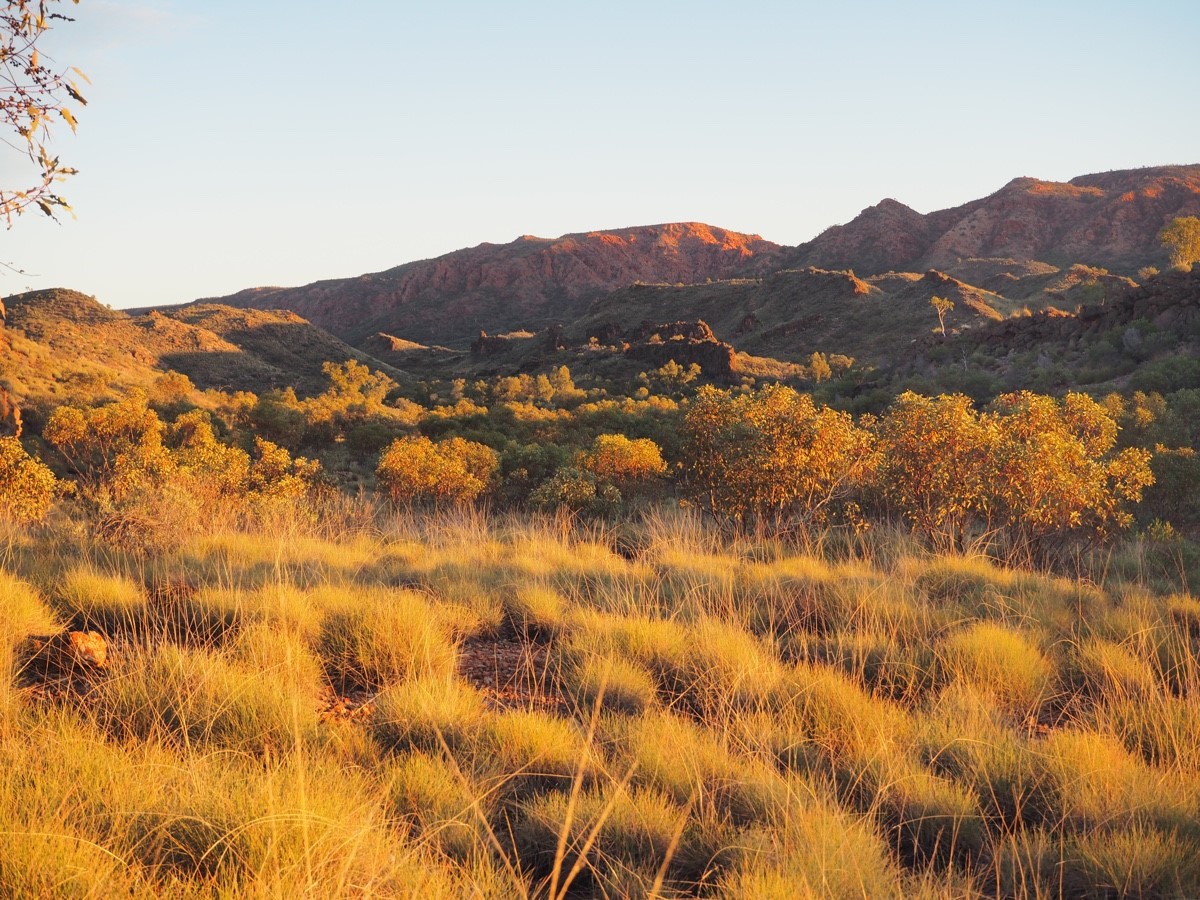 Sunset scenery - with a touch of spinifex. Photo by Bill Butler.

The hash house site was the Ross River Resort which had sufficient space and facilities to cater for the 665 entrants and 110 volunteers. The map (nearly A1 in size at 1:25,000) was made from specially-flown LiDAR data which provided excellent contour details. The terrain varied and the vegetation was indicated on the map. Some areas were more open, resembling paddocks. Other areas featured spinifex, and there was some clear but very hilly country in the south that I only saw from a distance.

Every aspect of the event went well, which was amazing considering the remote location. The large crowds were handled and fed quickly. The countryside appeared reasonably green with many shrubs in flower. Even the weather which could have been either terribly hot or terribly cold overnight was also perfectly organised with a range of 9 to 21 °C.

There were 187 international entrants, including large contingents from NZ and the USA, but also a good turn-out from Estonia, Latvia, Russia and the Ukraine. Briefing announcements were made in English and Russian.

Volunteering for the event was an Australia-wide affair. Different states provided different expertise. WA provided the catering, Victoria the entry-system, the setters were David Baldwin and Julie Quinn from the ACT (winners of Rogaining Tasmania’s Ross Rummage event last year). Qld provided equipment and logistics and SA handled the merchandise. Tasmania provided expertise in volunteer coordination thanks to Nick Bowden, and Peter and Robyn Tuft were involved in the vetting and could be seen behind the desk in various roles at the event.

As forewarned – the terrain was demanding. There were some high hills and passes/gaps to be negotiated, but the main difficulty was the rocky terrain, occasional scree slope and huge areas of spinifex. I took the pre-event warnings seriously and wore much heavier and solid shoes than I would normally wear, as well as knee-high gaiters. It is now 3 weeks after the event and I’m still picking spinifex spikes out of my palms and knees.

The control sites were overwhelmingly set in gullies. There was potential to locate controls in dangerous locations but that did not occur. Navigation to many controls involved following dry creek beds, sometimes these were wide-open but sometimes you had to fight through.

Because this was a world champs event there were more than the usual proportion of teams out at night. Many of those teams could be found recuperating at the All Night Café (ANC) which was a second Hash House (HH) that stood out like a white beacon in the middle of the desert. Many teams looped through the ANC as it was centrally located, whereas the main HH was towards the western side of the map. Teams that were not lounging about at the ANC could be seen all over the place, in particular where the obvious route through a gap forced teams to bunch-up. We’d often find our way to a control by ourselves, and then suddenly we’d be accompanied by 5 other teams who would then melt away back into the night discussing tactics in Russian.

The winners out of the 304 teams competing were Greg Hamilton and Chris Forne from NZ who amassed an amazing 4400 points which was 520 points clear of second place getters – Rob and Kathryn Preston of Australia on 3880 points. First womens went to Georgia Whitla and Lara Prince of New Zealand with 3210 points. Grace and Matt Crane (residents of the ACT) were the top-placed quasi-Tasmanian team at 11th overall and 2nd mixed with 3240 points. Teams featuring Tasmanians (and ex-pat Tasmanians) came:

The full results and photograph collections can be viewed at http://worldrogainingchamps.com.au 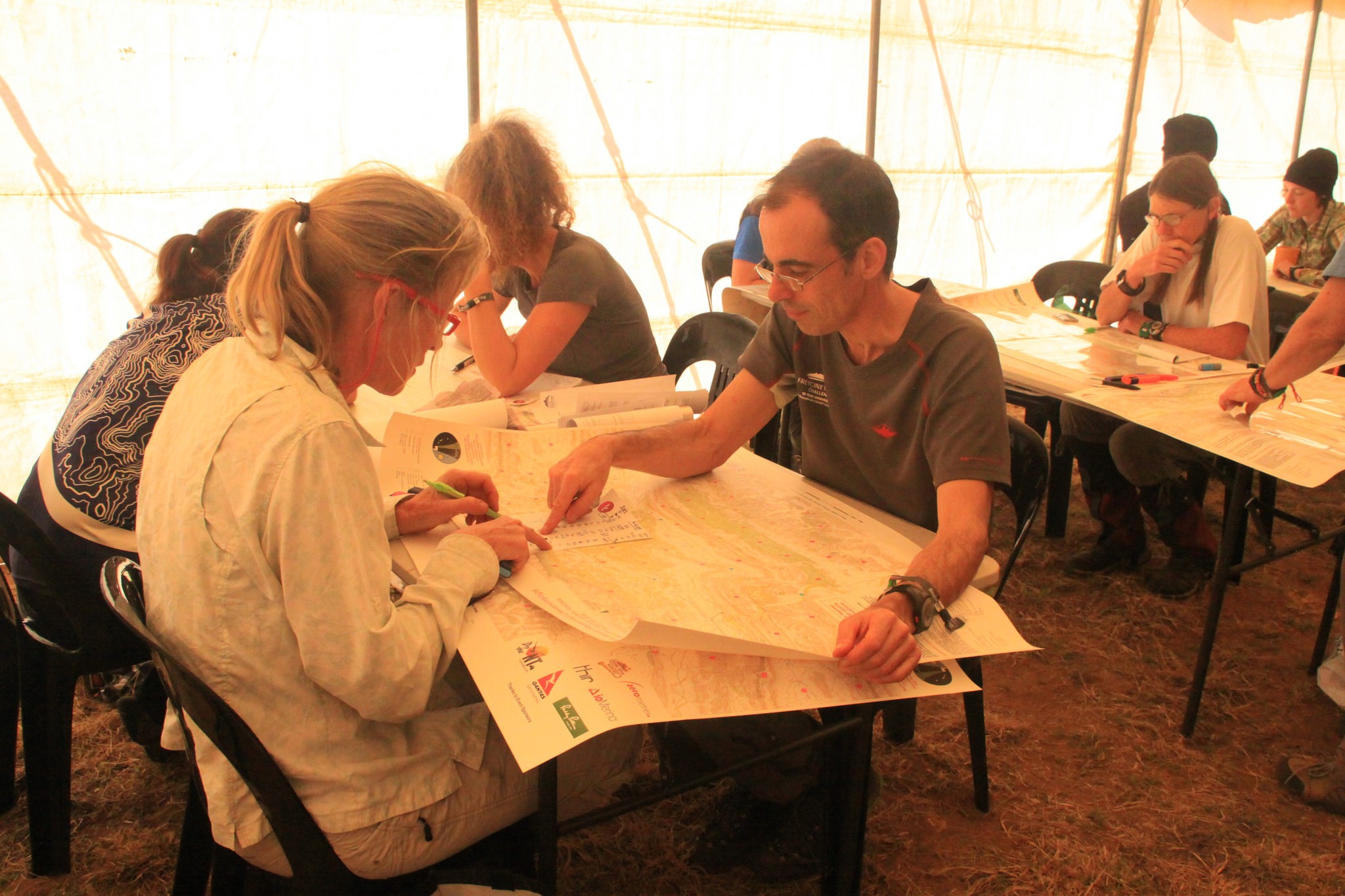 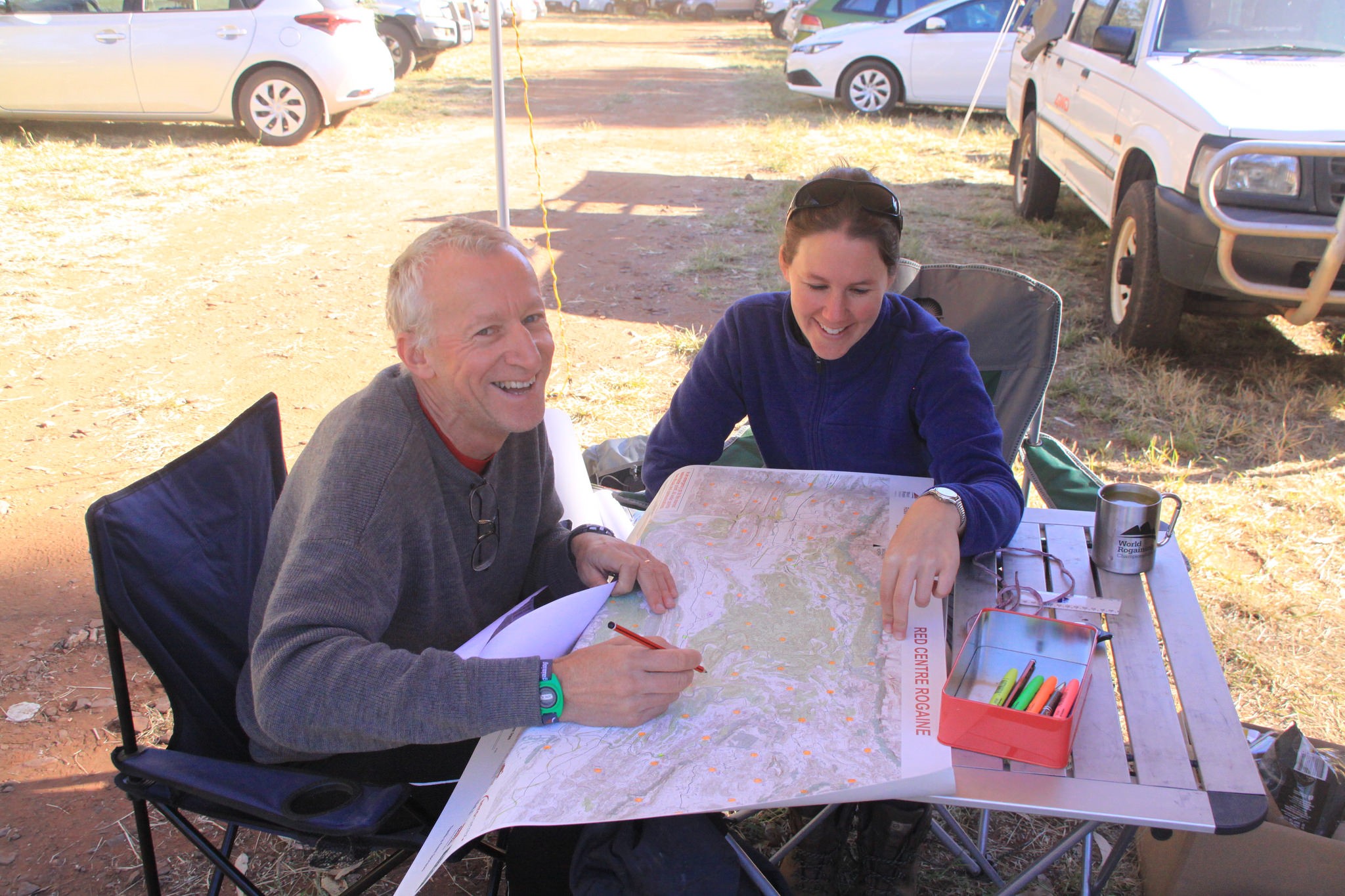 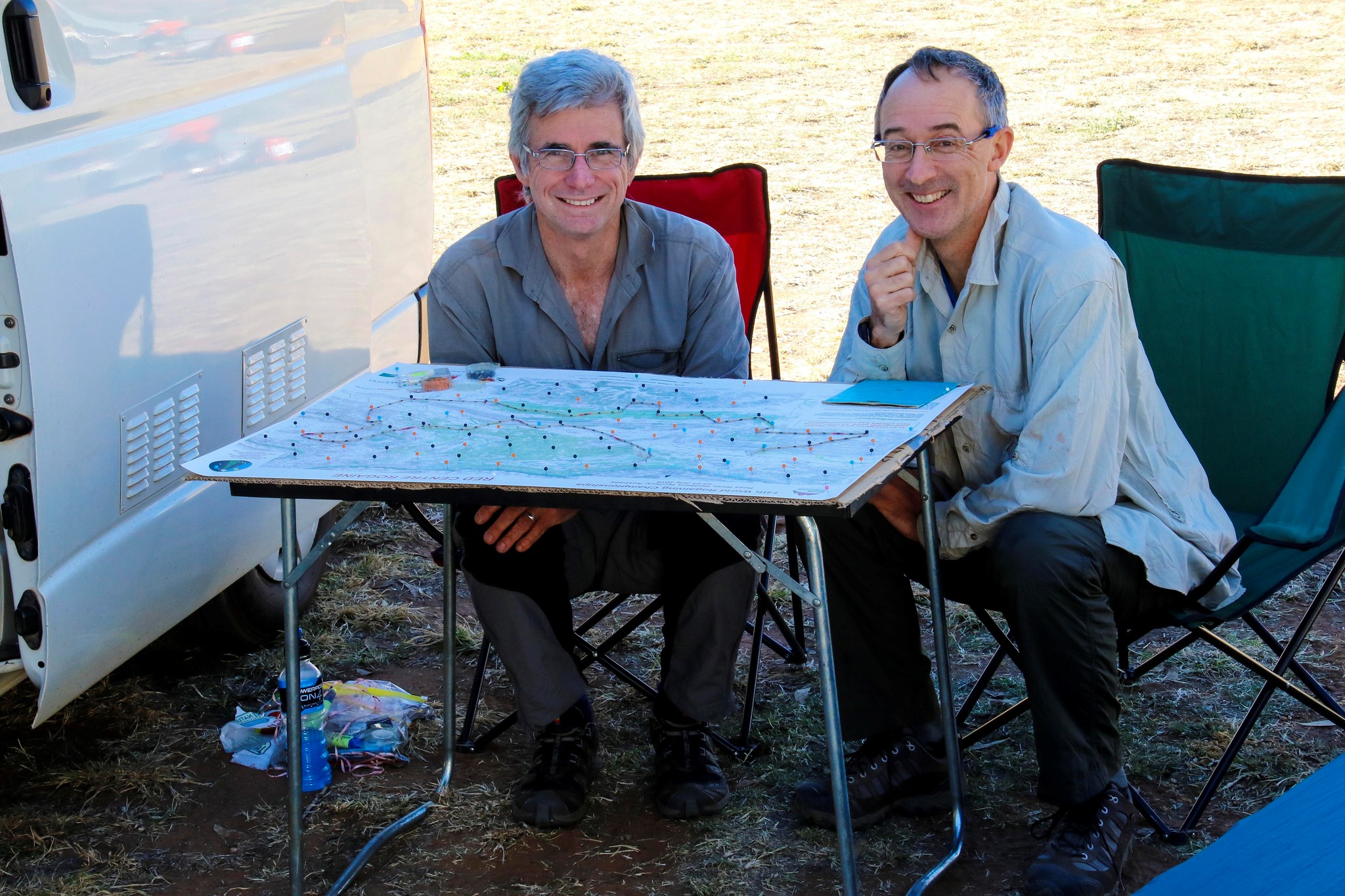 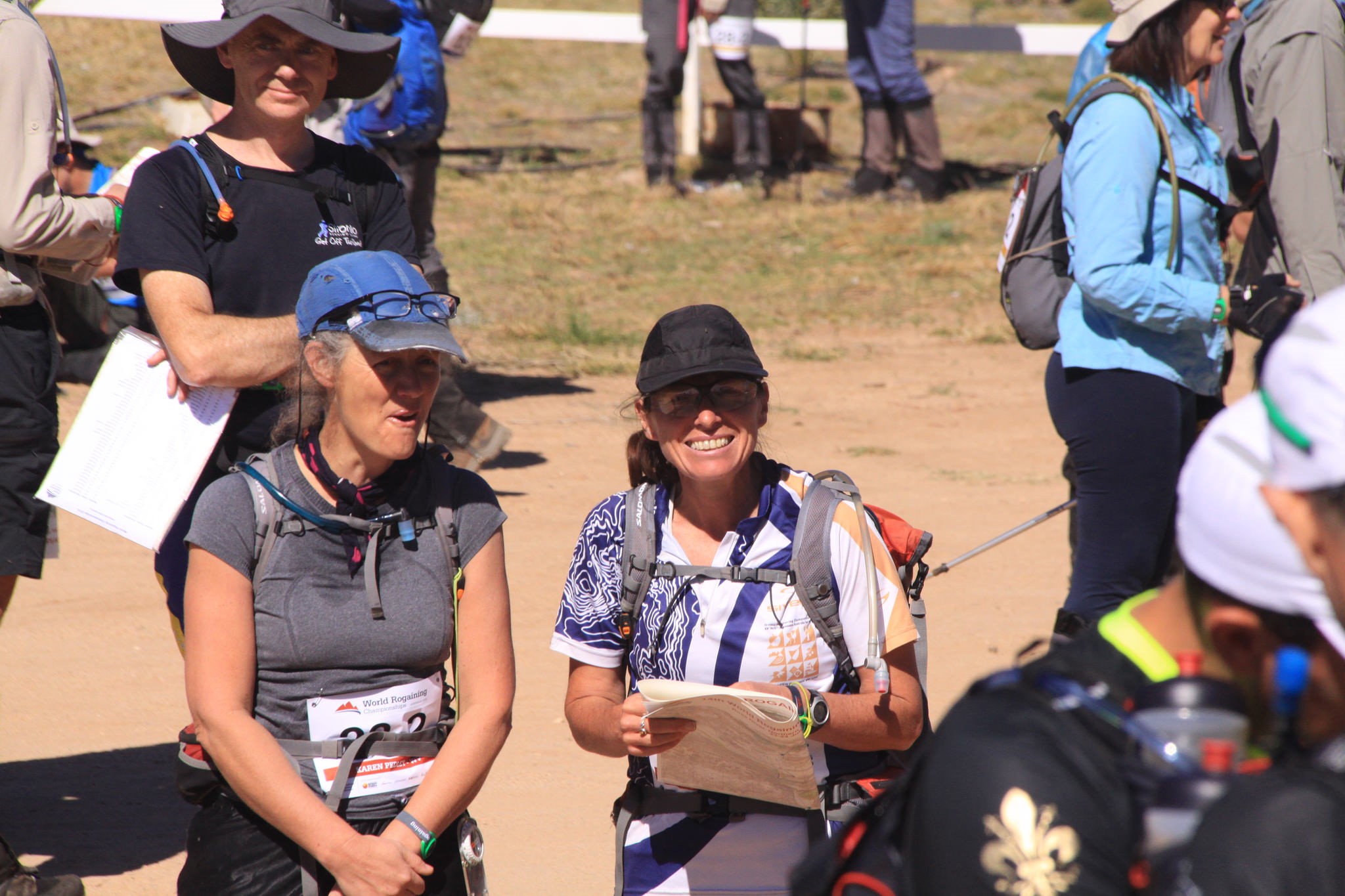 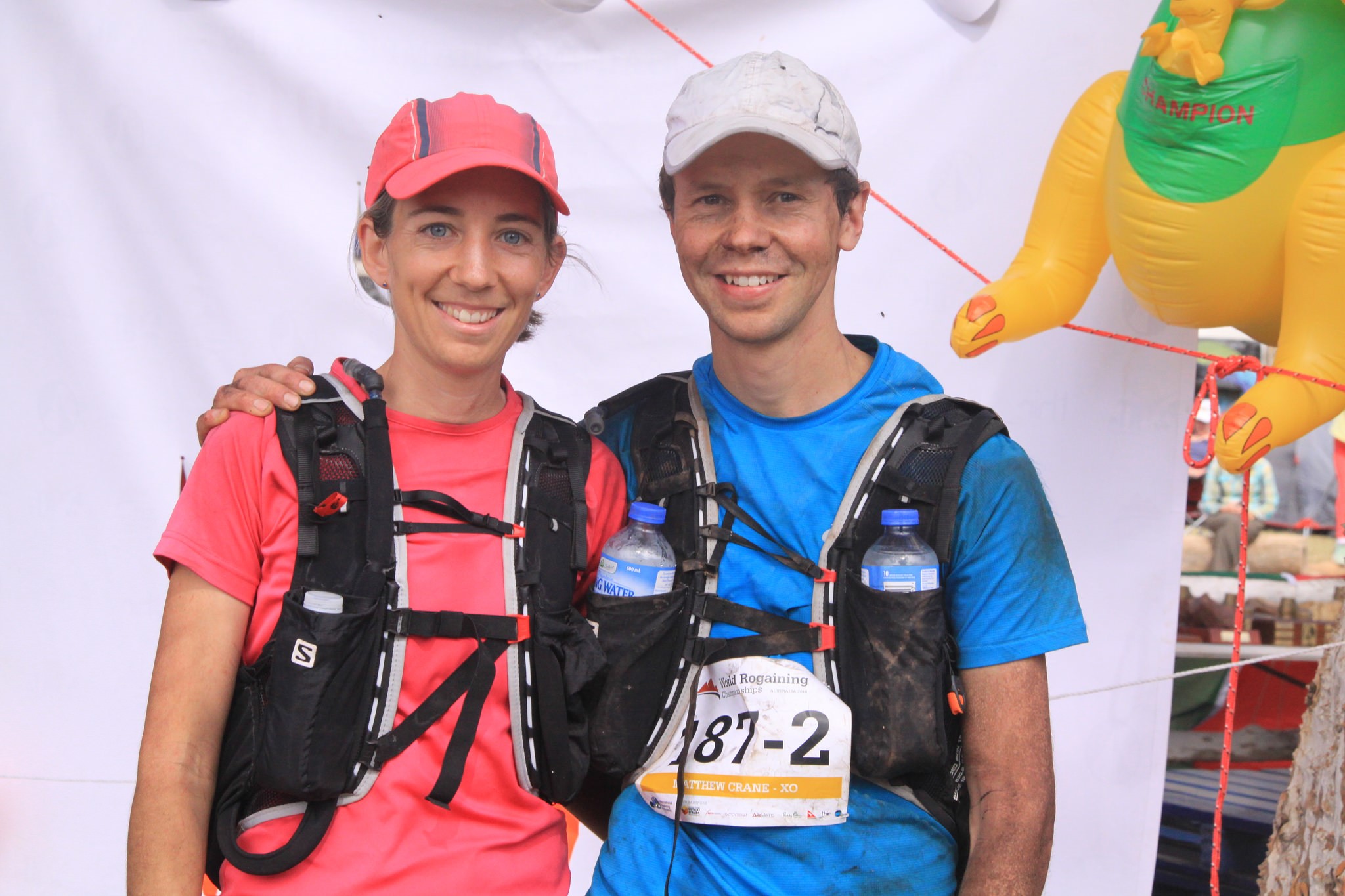