The 2018 Australasian Rogaining Champs were held at Manumbar in SE Qld on the 25th and 26th of August. Rogaining Tasmania was represented by a small team of enthusiasts. 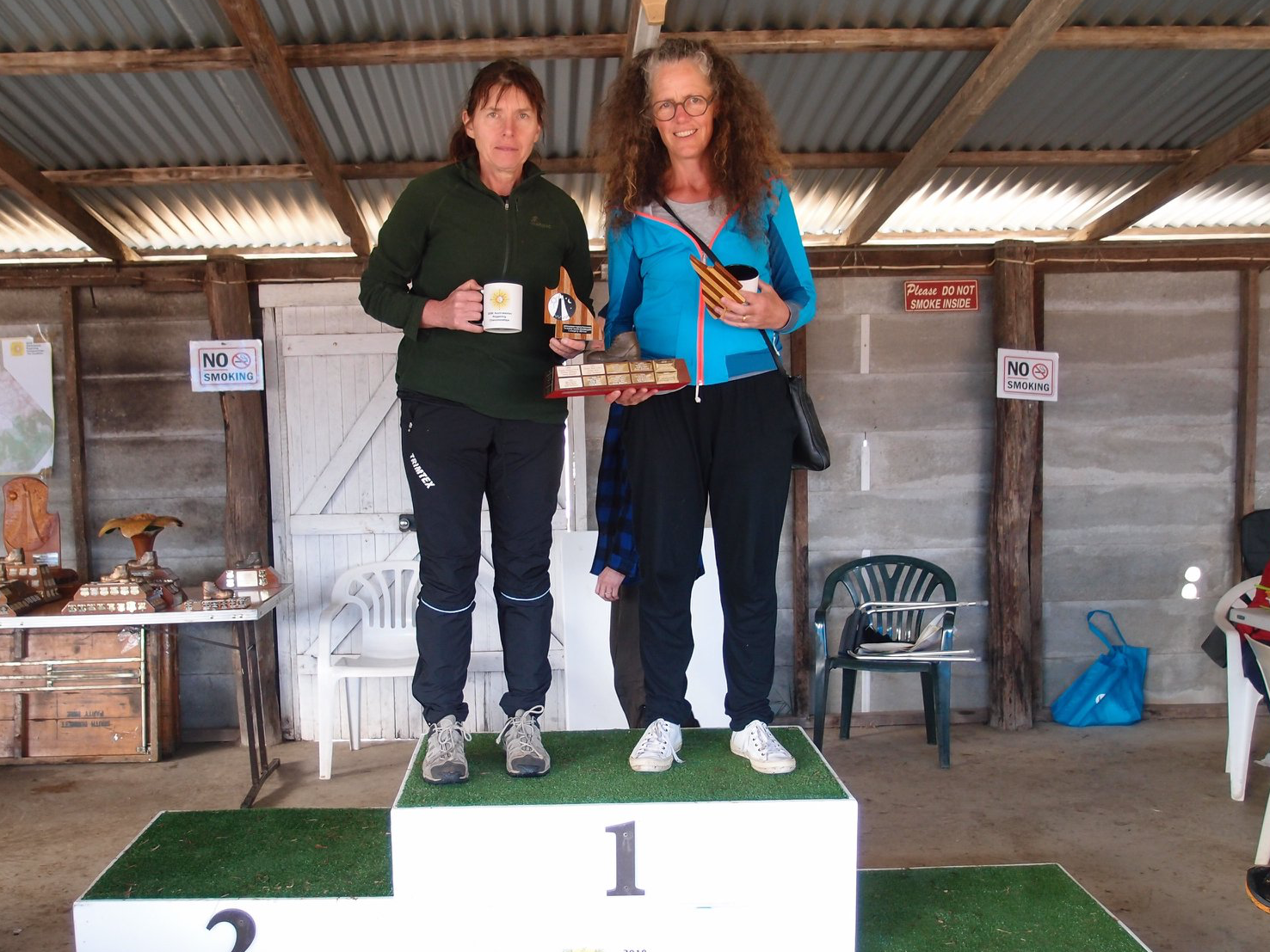 Christine Brown and Karen Pedley – Back on the podium.

The event’s terrain was cattle grazing country, covered in sometimes long grass but the dreaded spear-grass seeds that are so often a problem in Qld were thankfully not to be found. The walking was easy going, the only obstacles being the numerous fences. The area was pretty dry – that was until the heavens opened around 2am and persisted for the remainder of the event, dumping nearly 20mm on the entrants.

The map was huge - 615mm x 725mm at 1:40,000. The majority of the map was hilly enough so a direct-line approach to controls was a bad idea. There was some steeper country that we avoided. Controls were widely spaced – averaging over 2km apart and as the water drops had no controls that meant for some long legs between getting points. The controls were fairly and accurately placed. These weren’t hard to find overall, although in the dark we had some minor issues and one extremely lucky find just as we were about to relocate.

Early results indicated that Tasmania had come equal second in the intestate challenge, but after some recalculations we came fourth, but that is still a commendable effort from the small team.

The Tasmanians were positioned:

I encourage you to enter the Australasian Champs events regardless of your perception of your competitiveness. You get to experience varied kinds of terrain, and visit places you’d normally not be able to. You won’t have to go far for the next Australasian Champs, as 2019 is Rogaining Tasmania’s turn to host this event.