Honorary life membership is awarded for outstanding service to rogaining in Tasmania. Adele certainly ticks all the boxes.

Adele competed in her first rogaine in 1997, and she quickly became involved in event organisation and administration. 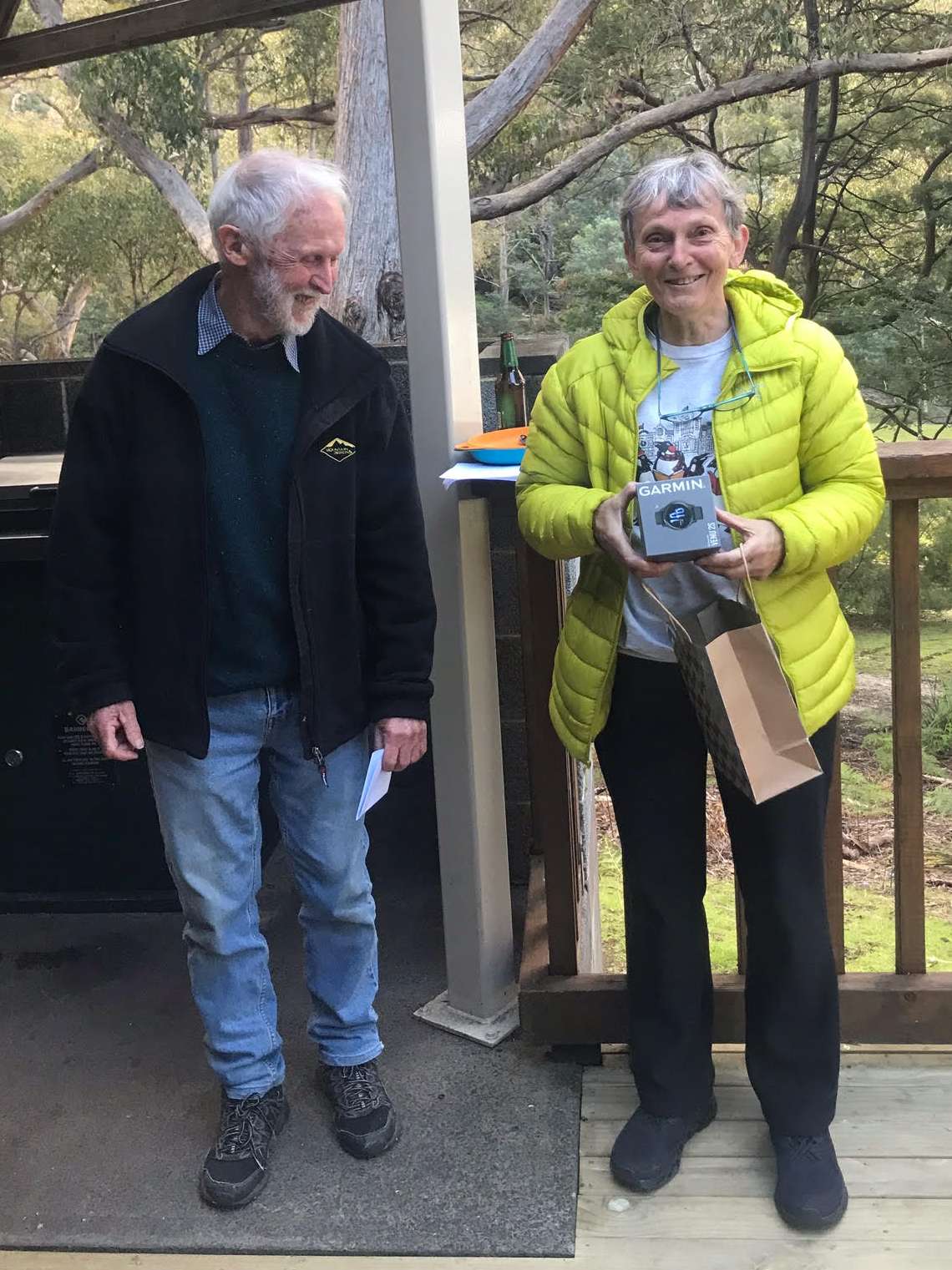 In 2001 she took on the task of Event Director for the Honeysuckle 24- and 8-hour rogaine. This was one of Rogaining Tasmania’s most successful events, mainly due to her team management skills, planning ability, and attention to detail. It was here that her landowner negotiation skills first came to the attention of the committee.

In 2003, Adele volunteered to take on the task of Equipment Officer and held this position until 2019, a period of 16 years. During this time our equipment was in a state of continual improvement, particularly while stored at her home near The Lea. She compiled a comprehensive inventory that we still use today. Adele’s husband Hugh must also be thanked for assisting with this, but it would not have happened without her initiative.

For the first few years after she became Equipment Officer, Adele somehow transported all the equipment to events in her ute – a far too big a task for one person. The decision was made to hire a truck for equipment transport instead, and when it arrived at Adele’s house all the equipment would be ready for collection and she would usually be on hand to help load it. After an event, she would be there to help unload the sometimes wet equipment and would spend days drying the tents for storage. Anyone who had tried to lift our big red tent knows this is nothing short of a herculean task.

Adele’s landowner negotiation skills have helped improve the quality of several events, in particular, the Town and Country (6-hour) metrogaine held in 2017 south of Kingston, and more recently, the 2021 weetapoona wander rogaine on North Bruny. Making route choices at events is more challenging with access to private properties connected to public land. Adele identified the respective key private properties and invested a huge amount of time making the personal contacts essential to negotiations with landowners.

Adele has that happy knack of being available and willing to help when the opportunity arises. I have every reason to believe this will continue, and we thank Adele for her service to Rogaining Tasmania.