The area just North of the Hash House was the most popular being relatively flat with controls located close together. Despite the climb to a high 500 metres ASL (Above Sea Level) almost everyone visited the “Beehive” cairn atop Mount Spode (90). Had it been warmer Rogainers might have been bothered by live beehive activity as experienced by the vetting team. 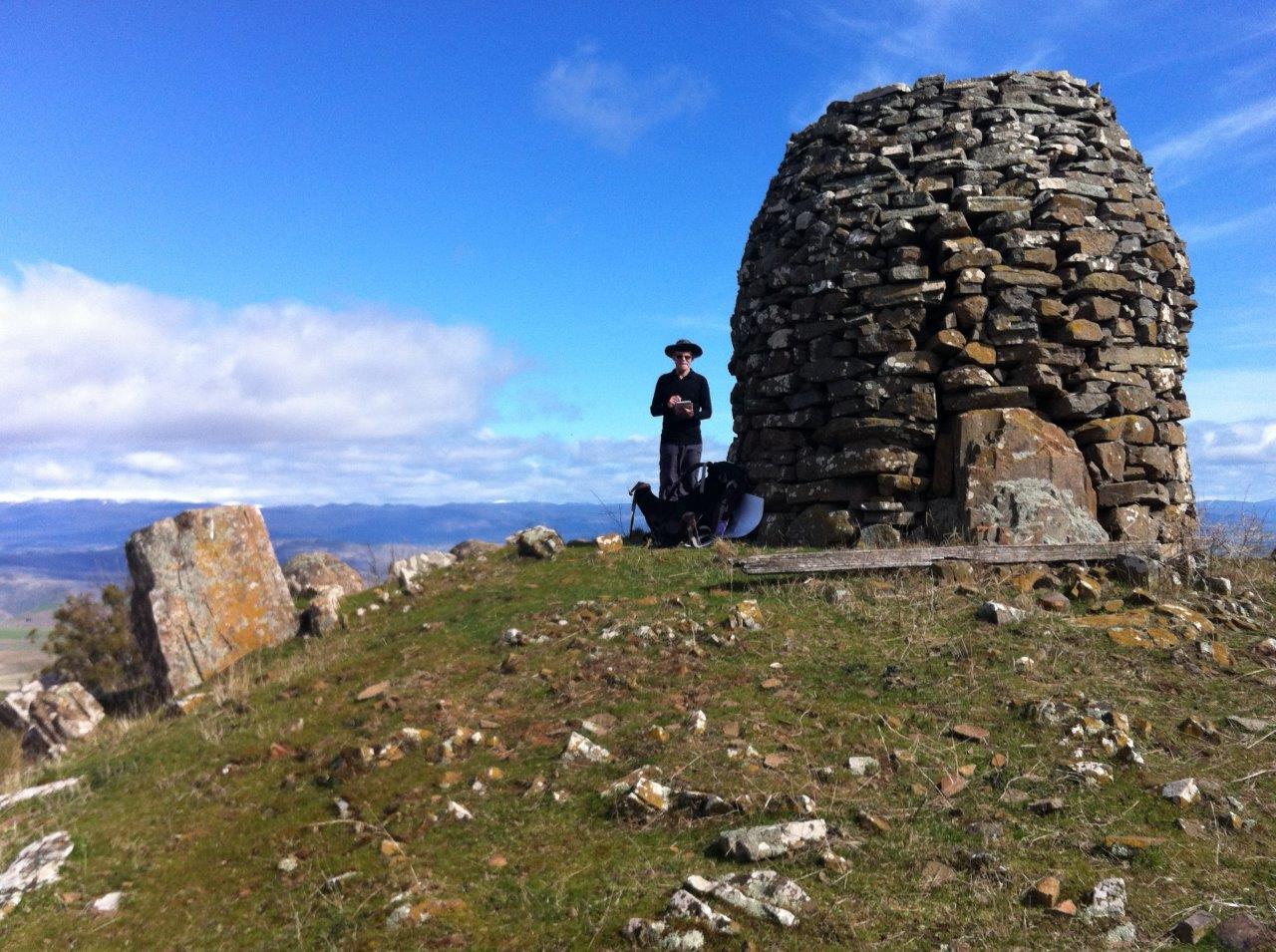 One of more controversial controls (83) was situated adjacent this tranquil pond. What this view (see below) fails to show is the condition of the shortest access route. This was a steep loose rock embankment immediately behind the control on the East side. A good deal of cursing was reported. The North and South sides are impassable cliffs. No surprise then that the low Western end was the exit of choice. 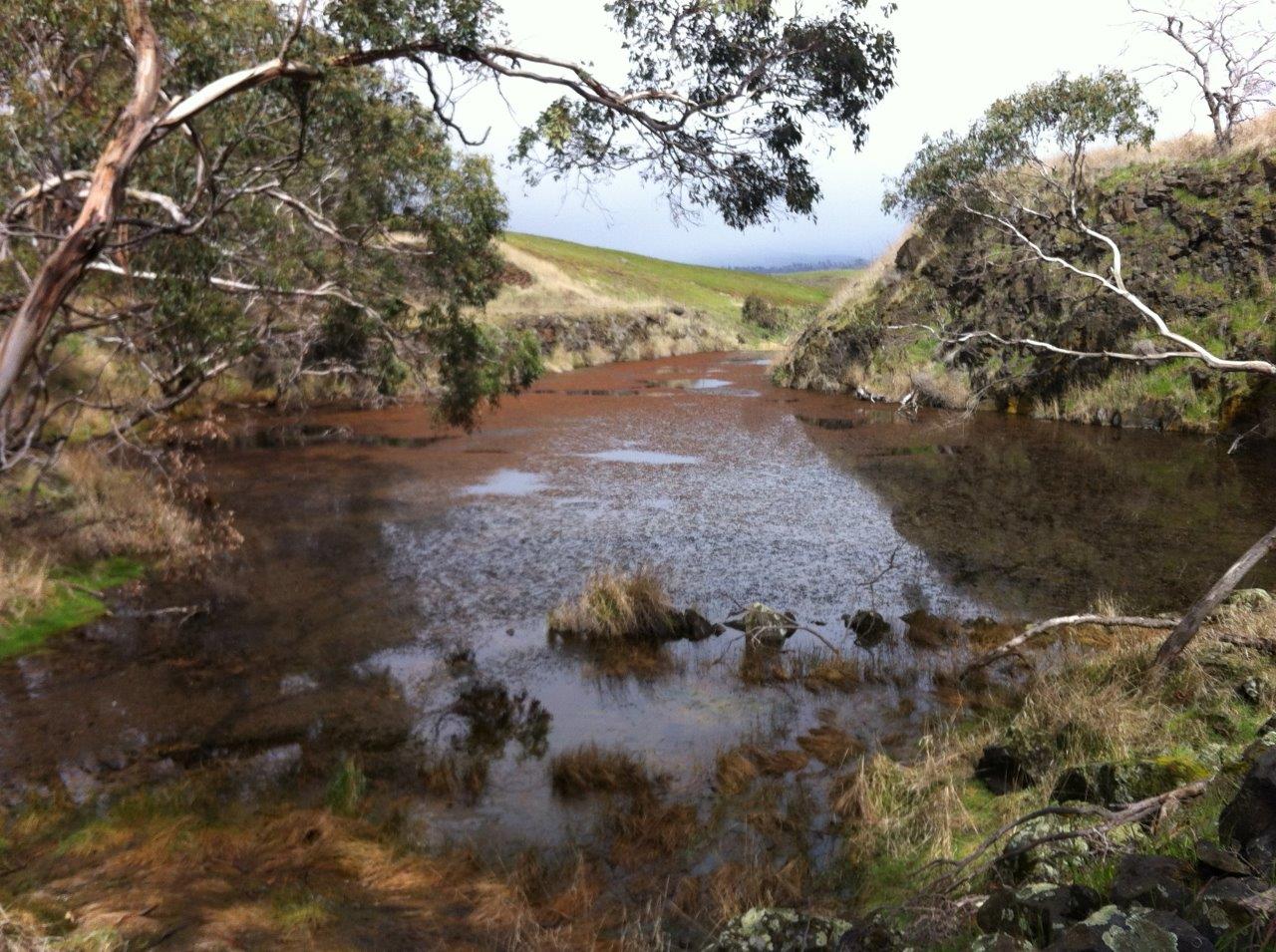 This water feature is a former quarry used in the construction of the nearby Meadowbank dam.

The least popular location was control 80 buried deep down in Whites Valley.

The most scenic control may have been the elevated view of the Derwent from control 68 looking North to the valley beyond. The distant bushy spur meets the Derwent at a low 50m ASL near a rock outcrop (92) from which you can see back up to aforementioned high view point (68). A bit hilly but worth every vertical metre! 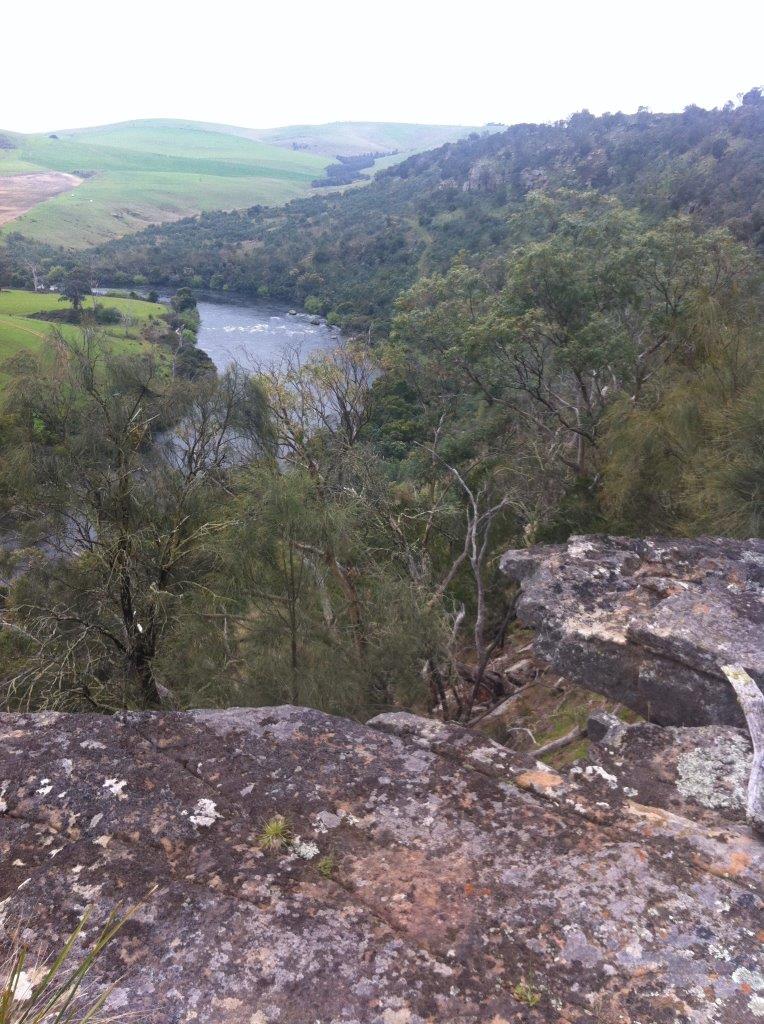 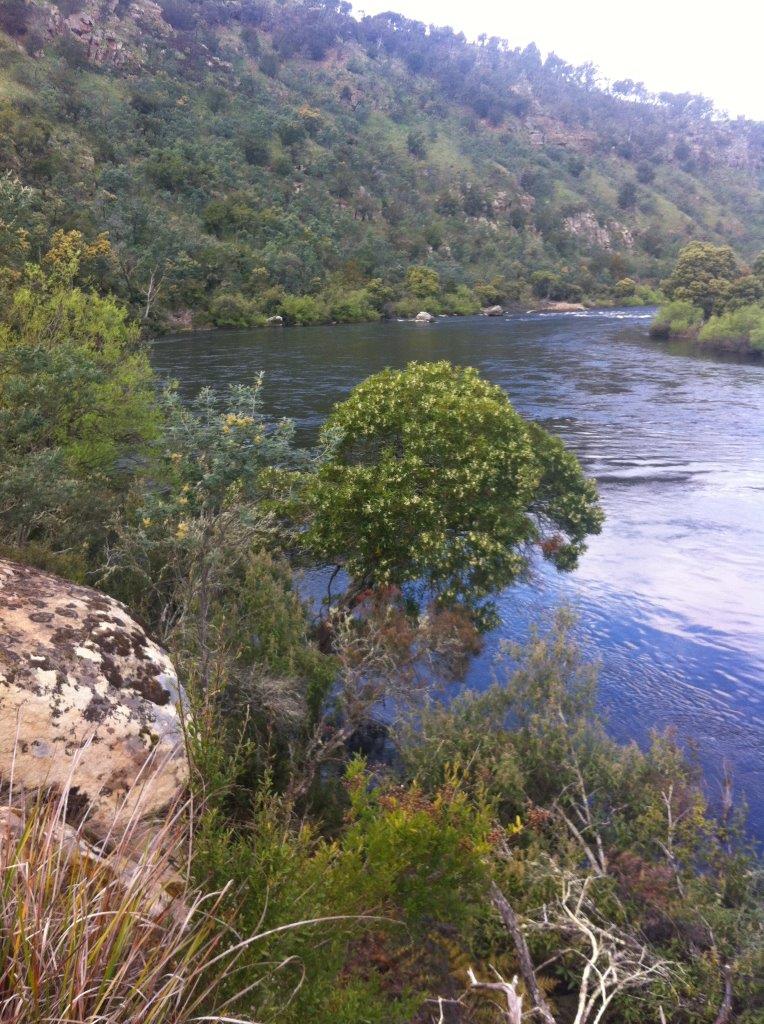 A special thank you to the property owners that granted us special access to this stunning country side.