… a Metrogaine where everyone learned more about Hobart Town.

After a wet day prior, it thankfully dawned blue skies on Saturday 28th July 2018 for a Metrogaine around Upper Sandy Bay and Battery Point where the clues were about the names of houses, the history of the area, and the accessible public art.

Home base was the hall of 10th Hobart Scouts in Marieville Esplanade where most of the 111 participants in 44 Teams could be seen sitting outside in the sun by the river on a still morning doing their route planning. 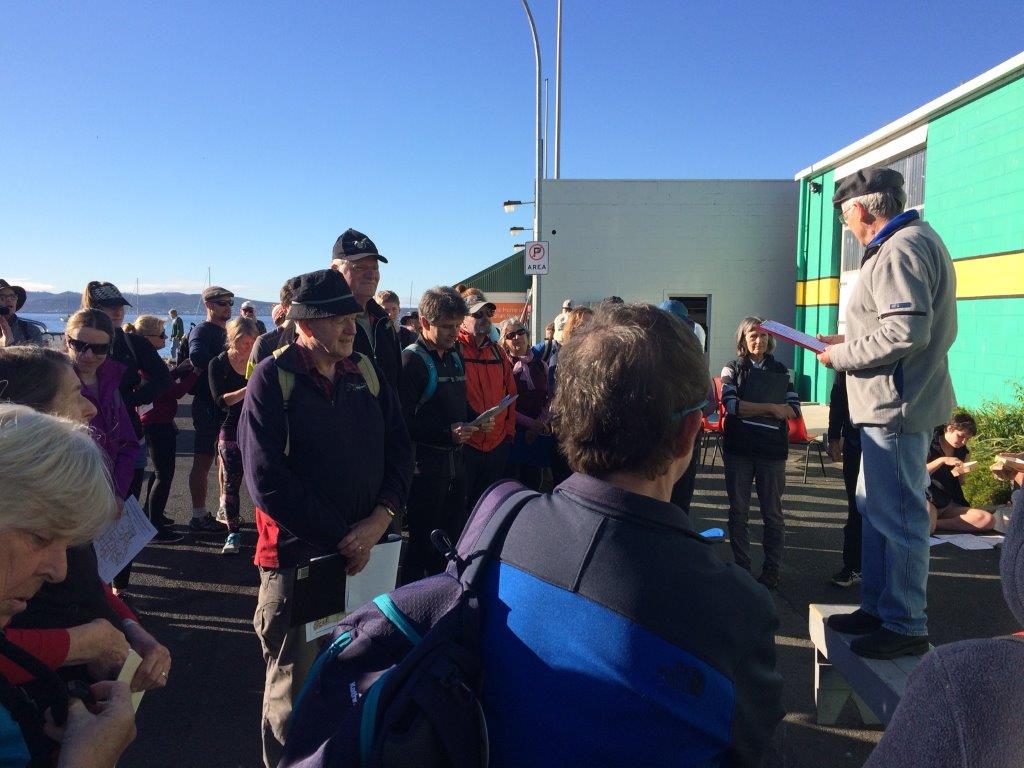 An unusual aspect of the event was a self managed 15 minute obligatory break for all Teams to be taken between noon and 1 pm which would allow everyone to enjoy one of the many cafes on the course without the pressure to keep going. Jackman and McRoss Bakery in Hampden Road was favoured by a few Teams. 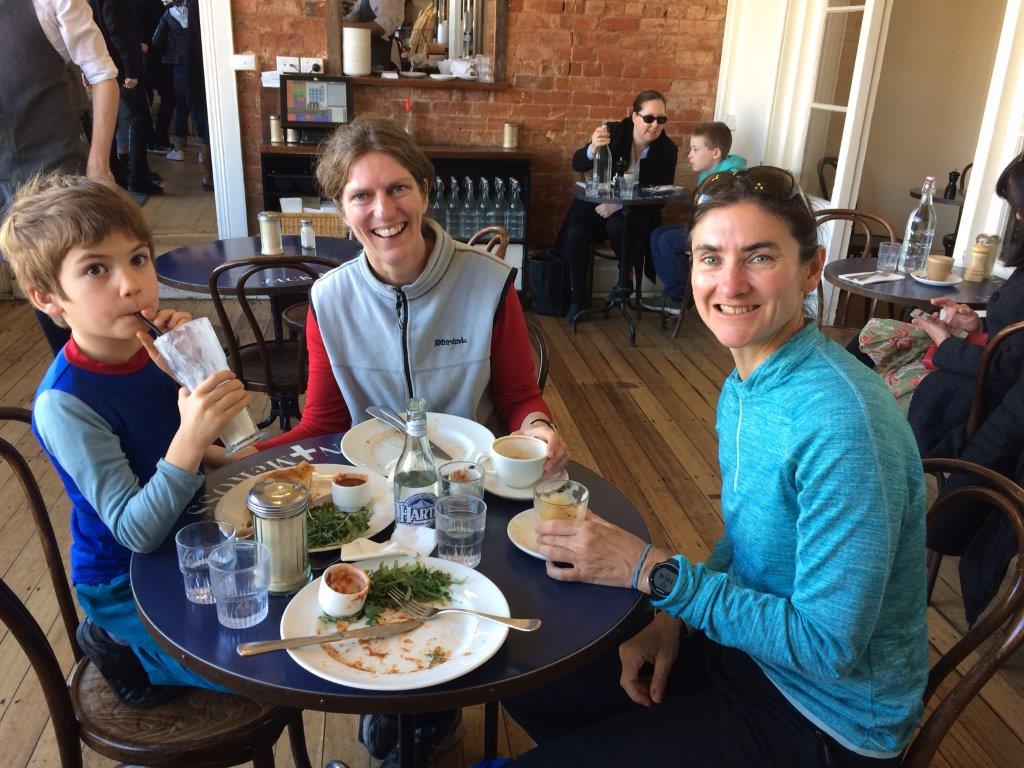 All clue sheets have been tallied and the scores published. I marked according to my previously determined answers, and while participants found some chinks in just a few instances, double checking is not intended. I advised everyone that house name spellings needed to be accurate, and Teams met this criteria well, however, in the field some well worn plaques, the distance away and the shadows made some names hard to read so I relaxed on the spelling and points were agreed if the name looked right. Names challenging spelling skills included Boxcobel, Diabley and Dungiven.

This Rogaine was also unusual for the high number of controls. HOUSES consisted of 248 questions about 223 properties. HISTORY had 104 questions covering 57 sites, and (H)ART comprised 43 questions about 32 objects which were mainly sculptures. A grand total of 395 questions requiring a visit to 312 sites!

Included in the clues were a few questions to test foreign language skills and so gain extra points. Some Teams had a guess, while a few displayed ability. Instances were: 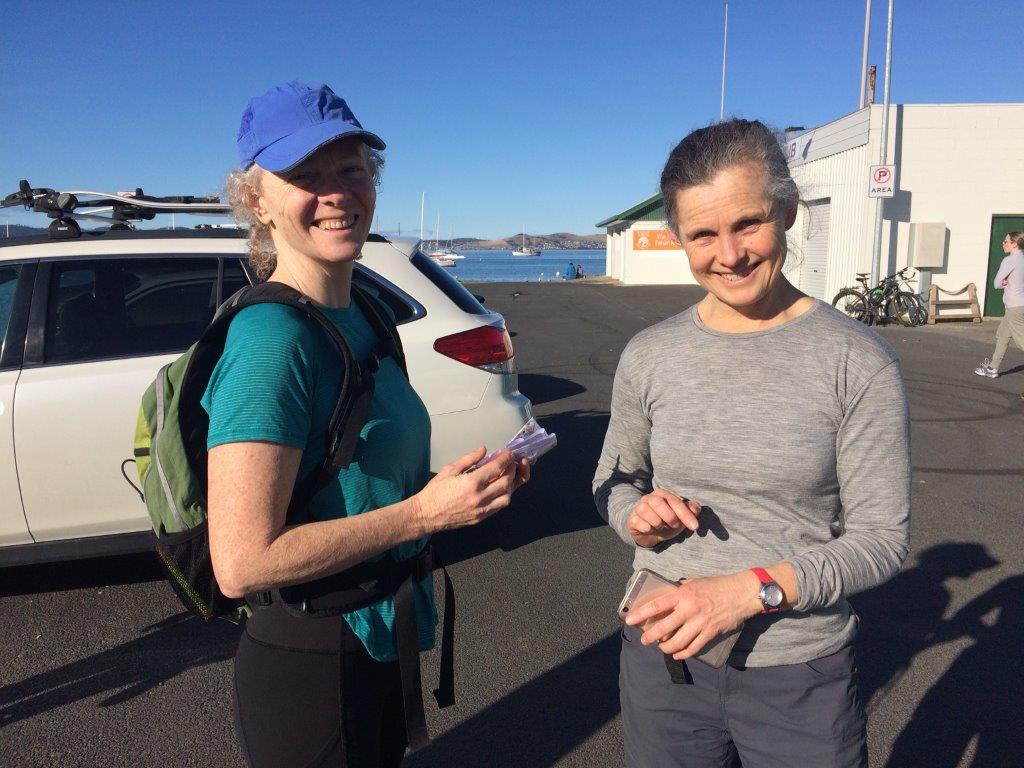 It strikes me that the Team member holding the clue sheets had an important job in conveying the correct question to the others. Either some questions needed to be better explained and/or comprehended, or the Team rushed reading through the sign to find the right response. Here are some examples:

Interestingly, those Teams with the higher points scores seemed to make the most little errors. I guess they were in a hurry to move on. More patient Teams gained the points, as long as they read the question well.

There were a couple of instances where everyone was tricked, including me:

You may also be interested to know about the lovely mural of the two children on the side of 18 Fitzroy Place. One Team happened to be there when a little boy from that house was outside, and he told them that the mural was of he and his sister.

One Team located the Sonic Temple. More seriously, this clue required navigation using the map so you went to the location of the red circle. Some Teams answered with Conservatorium of Music which of course is back on the Wilmot Street corner.

It is interesting to know that what others see is sometimes different to what you see:

If you thought every named house on the course was listed in the clues you would nearly be right. I left out a few unreadable names, and I probably missed a few.

Some Teams reckoned that certain answers were missing, yet those same clues were able to be correctly answered by other Teams. Strathbrae in Queen Street was a case where several Teams were unable to find the name, while others did. The ‘missing’ boulder at the Uni is certainly still in place, and was and found by most.

One of the strangest terms around is Unoexeter IV, the title of a sculpture at Tas Uni. This was the spelling I had, and what several Teams advised, however, so many Teams used the spelling Uttoexeter IV and I don’t know why. I accepted either spelling. My research to find a meaning has so far failed.

And one of the clever names is for the block of flats in Regent Street. It is named Margaret Court, and I wonder if this is an intentional tennis play on words? 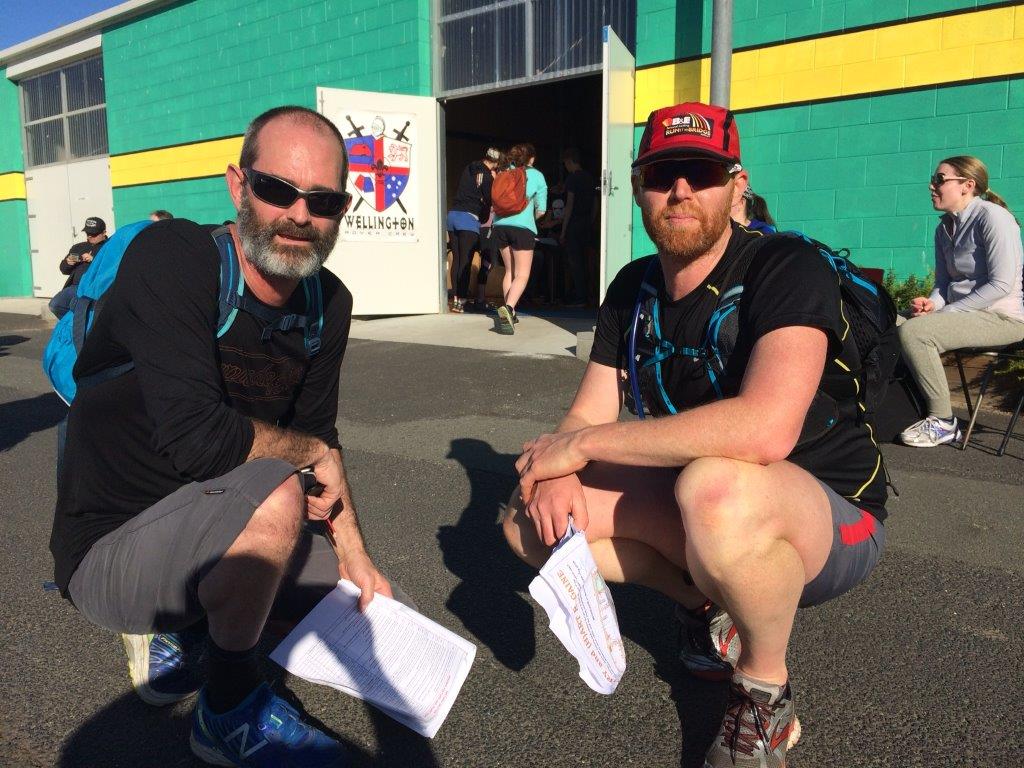 Thanks very much to Gary Carroll and John Dawson for handling support services such as the website, Ross Kelly for the finance side, Mike Morffew for printing the maps and clue sheets, and Sarah Woods for help on the day. To those who went home with a book … happy reading.

Probably there were too many controls, however, what is the point of walking past history to get to more history? Battery Point and Upper Sandy Bay have so much early Hobart Town history of interest. A similar event in another part of Greater Hobart would likely have fewer controls more spread. Anyone keen?

Please check all the answers on the RT website (link below). It seems that everyone enjoyed their outing, and in the end the points were just a means to an end. Thanks for coming along and supporting Rogaining Tasmania.