Well it’s all done. All the competitors returned, more-or-less on time, we did not have to search for anyone and no-one was hurt (other than blisters etc). The results have been finalised and published. It’s not all about winning, and everyone we spoke to seemed to have had a thoroughly enjoyable time regardless of their score. So what else is there? Just a wrap-up and particularly thanks. An extraordinary number of people and organisations contributed to this event, and all deserve recognition:

The results, visualisations of routes and photos can be viewed at https://arc2019.rt.asn.au/results/

EDIT: Many of the key volunteers for this event performed more than one role. Peter Tuft was one of these. He was already involved with setting work but I convinced him of the advantages of talking on the Event Director role. Peter handled much of the grant requests, liaised with the Break O’Day council, Parks, Police and others. Peter also wrote most of the documentation for the event, and coordinated bus travellers and the many volunteers who made the event possible. Gary. 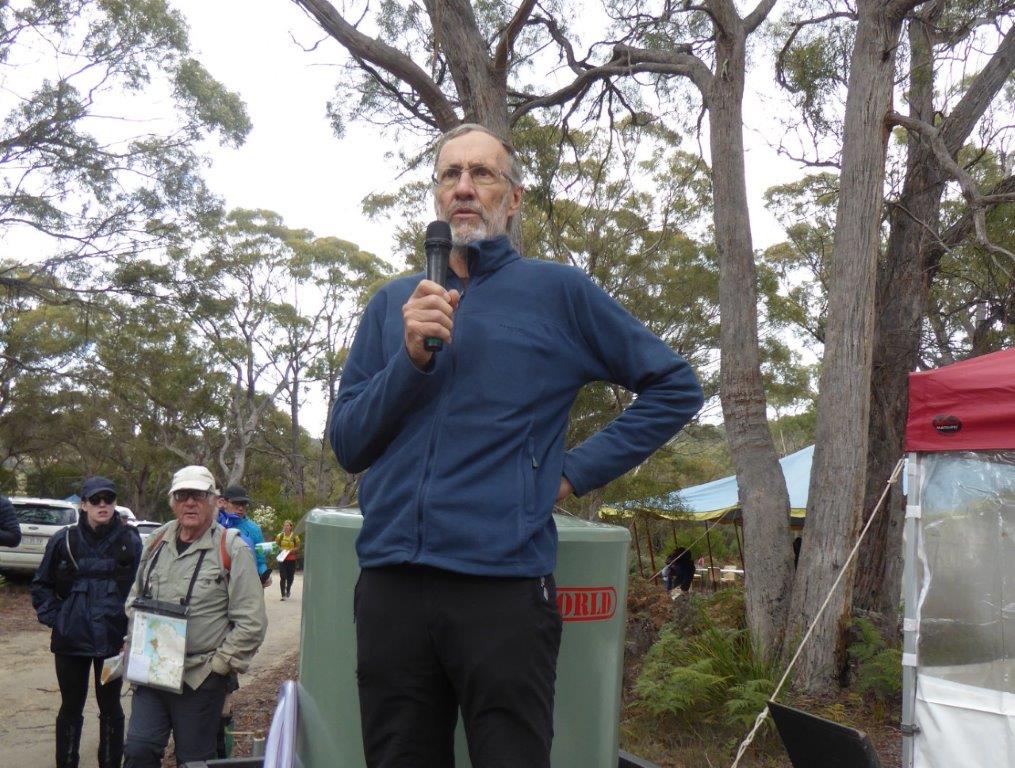 Peter Tuft - at the Pre-event briefing