There are no up-coming events available to enter

Have you wondered how two teenagers managed to beat all the adults at the recent rogaine? Well wonder no more because Euan is here to explain how we did it.

We started off and immediately decided that the most important task was to hit the archery field. Through a democratic ballot, Niko 'Katniss' Stoner was told he had to do it, which was good as he then went on to score a massive 50 points. We then retreated to the back of the ute to plan our route. We started off by aiming to run both the south and north maps and net ourselves a swathe of points. Upon reflection (and the wisdom of a parent's sage advice) we narrowed this down to just the northern map. We also calculated that our original plan would have been closer to 80km! 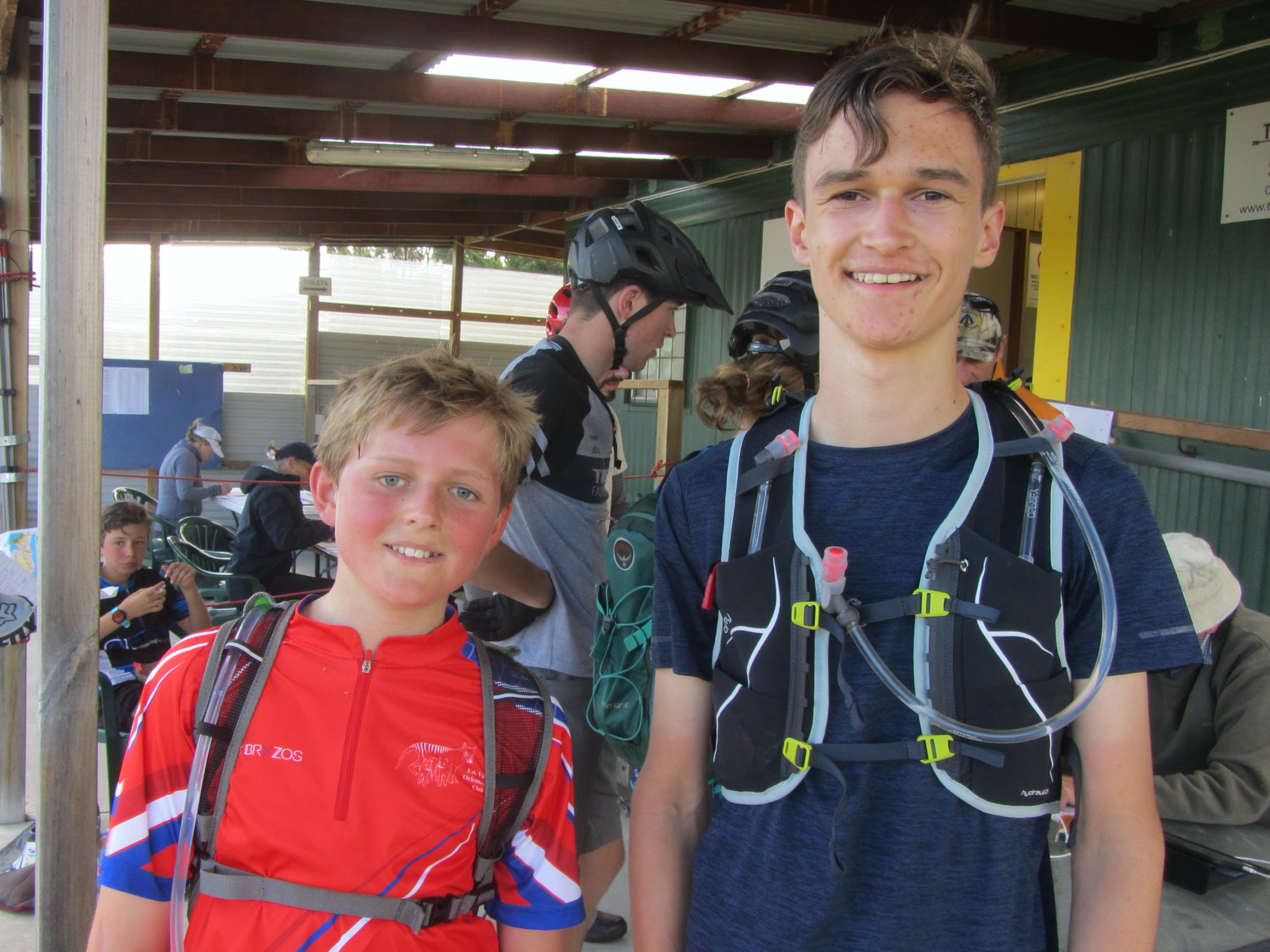 At the stroke of midday, we set straight off into the tall grass with a few hardy others. Quickly picked up 25 and 22 but somehow missed the container at 28. We then ran up to 69 where we couldn't decide which windows we needed to count but we took a guess and hoped for the best. We continued up the hills and eventually control 102 at the one-hour mark. Coming back down from there, I managed to re-roll my ankle and our plans to gain every control on the north side of the map went out the window. However, this wasn't going to let the team down, we needed to stay competitive. We ran on with our plans changing to avoid 81 and get 107 instead. Approaching the hill to 107 Niko was full of energy but I realised I had made a gross error of judgement and wondered what it would take to start growing wings. We eventually got to the top and thanked Hobart Airport for their tower. We tried to gain speed back downhill but this was easier said than done. Our km rate was starting to drop off at this stage and we could see the finish as we ran past. The thoughts of food and lying down were now utmost in my mind as opposed to the next 5km that Niko was aiming for. However, the competitive side of me struck again and we pushed on and gained 31, 41 and 40 before the big dash to the finish. We tried to find 24 but the grass proved too high, clearly not enough people had been through to push it down for us. We trotted back in to the finish with 3 minutes to spare, grabbed food and sat down. Sitting down was perhaps not the best move as getting up took 5 agonising minutes even with the help of two others.

Overall, it was a great experience and I would absolutely go again with my energetic team mate - thanks Niko. We ended up running 37 kms.

Thank you to Rogaine Tasmania, the caterers and the most importantly organisers - Simon, Karen and Meisha.

There are no up-coming events available to enter